An eager and loving four-year-old boy (that’s me! 🙂 ) sits at a coloring table and asks his parents, “What do you want me to draw?” 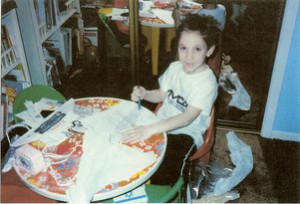 He lives for the site of his parents’ eyes when they see what he’s created.  Knowing that he is using his talents to satisfy and serve others fulfills his soul.

He’s one of those kids that’s a smiling ball of positive energy.  At the local youth center, he’s the point guard on the basketball team, learning the value of teamwork and leading his team to victory.

In grade school, his English teacher proposes, “You have such neat handwriting.  You should become an architect!”  He doesn’t really know what that means…

He’s 13 now, and it’s time for his Bar Mitzvah, a time in Judaism when a boy becomes a man.  For the ceremony, he is to read the Torah portion that falls on that given day.  The Torah portion happens to be about the design and construction of the Tabernacle.  He’s told, “I think this is a sign.  You’re supposed to be an architect.” 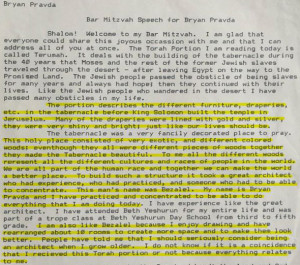 A year goes by.  He’s 14 and in his first year of high school.  Seeing the pupil’s inclination for art and math, the boy’s teacher suggests that he enter an architectural design competition.  He’s heard multiple teachers and family members suggest architecture, so he decides to give it a shot.  He finds a passion, a profession, and a renewed purpose. 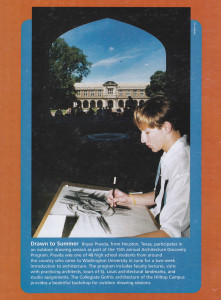 He’s awarded several merit-based scholarships and earns his Bachelors in Architecture from one of the most prestigious programs in the nation, the University of Texas at Austin School of Architecture, ranked the #2 architecture, undergraduate program in the country.

While there, he explores opportunities to learn and grow, applying his creativity and leadership ability to help others- as a Resident Assistant, a Student Government Representative, Founding Father of a professional fraternity, and an active member of numerous other organizations.  As the Student Representative on the University’s Faculty Building Advisory Committee, he contributes to the architecture on campus, and with a similar role at the University’s Hillel, he provides insight to craft a new award-winning building. 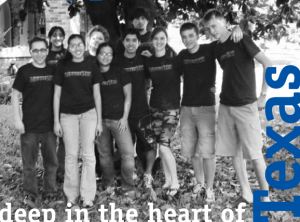 Upon graduation, he moves to the architectural mecca of New York City, where he grows at Michael Davis Architects and Interiors, an award-winning, high-end, boutique Manhattan firm, known for its extreme quality and eclectic designs and featured in the New York Times, GQ Magazine, Architectural Digest, and more.  The young architect-to-be takes pleasure in contributing to elegant escapes for Manhattan’s elite; and in short time, he moves up the ranks, directing and training others. 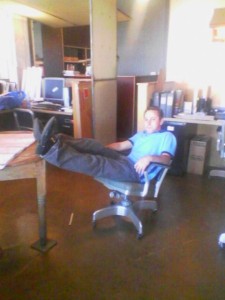 A couple of years go by, and he decides to attend graduate school.  Having lived in the frigidity of Manhattan, he chooses to attend the University of Miami.  While earning his Master of Architecture, he starts his own design practice.  Over the years and in addition to his full time positions, he accepts select projects, applying his talents to bring clients’ dreams to fruition. 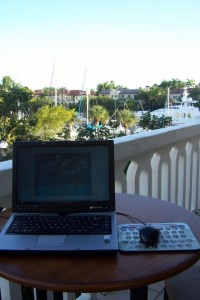 World-renowned architect Cesar Pelli’s office, Pelli Clarke Pelli Architects, opens an office in Miami, and the Designer is the office’s first hire.  Again, in short time, he emerges to a leadership position, spearheading design concepts, developing presentation ideas, and assisting with management.  He acts as the office point guard when leading efforts on the design of a new office high-rise and creating publication drawings for the Adrienne Arsht Center, a $470 million Ballet and Opera House. 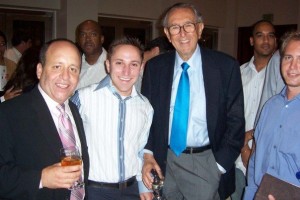 After working as a Designer for one of the world’s best, he is presented with the chance to be a Design Leader at a firm responsible for much of the Dallas, Texas skyline, Gromatzky Dupree and Associates.  Though he loves the tropical climate of Miami, he relocates for this tremendous opportunity.  The twenty-something professional sketches ideas and meets with clients to implement his concepts.  He enjoys the position, but then, the recession hits; and this firm, whose work relies on developers, finds itself in a precarious situation.

Having worked on single-family homes, high-rises, and an opera house, he follows the market to the sector of healthcare.  He joins SM Architects as a Project Coordinator, is promoted to a Project Manager, and is elevated again to Project Architect.  He helps the firm move from 2D AutoCAD production to 3D Building Information Modeling, and he is the firm’s Project Manager and Building Information Modeling Manager for the largest hospital construction project in America, the $1.2 Billion New Parkland Hospital.  He is now a licensed architect, with a corner office, directing a talented team that values his leadership, ethics, and ability. 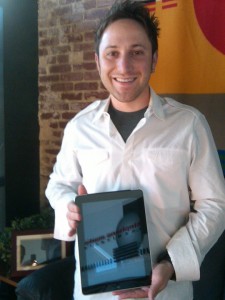 Yet, he misses Miami; and when he is offered a position in South Florida, he accepts.

After being involved with architecture for 16 years, he joins ACAI Associates, the local industry leader in utilizing Building Information Modeling, the latest technology in the field.  At ACAI, he’s recognized for his design excellence, technological knowledge, and management abilities.  He’s asked to lead the team renovating the Maternity ward for the Chris Evert Children’s and Women’s Hospital at Broward Health, and it’s named the Best Maternity Hospital in Broward after its completion.

His cell phone rings, and it’s his last design studio professor from graduate school, who is also the Vice President of Oppenheim Architecture+Design.  The seasoned architect is presented with an opportunity to join the firm.  He leads high profile, luxury projects; and he’s called upon to apply his technical expertise and construction know-how.  He designs residential projects that surpass the clients’ expectations. 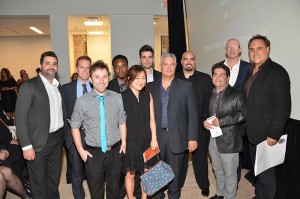 He’s met success in the residential, commercial, and healthcare sectors; and with this success, an increasing number of clients are contacting him personally to do work for them.

After contemplation and discussing the topic with loved ones, he transitions the part-time practice he started years earlier and officially launches PRAVDA ARCHITECTURE/ DESIGN as a full-time business. 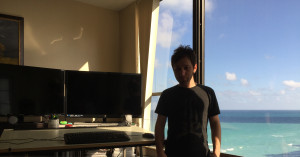 He is living his dream.

The eager and loving four-year-old boy, sitting at a coloring table and asking his parents, “What do you want me to draw?” is now an experienced and proven architect, sitting at his drafting table and computer, and asking you, “What are your dreams?”

He lives for the site of his clients’ eyes when they see what he’s created.  Knowing that he is using his talents to satisfy and serve others fulfills his soul. 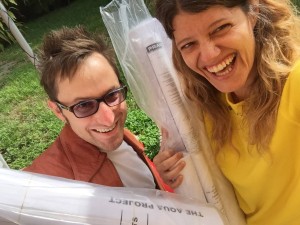 …That’s how I got into architecture.  I guess you could say that I chose architecture… after architecture chose me!  It’s what I’ve always done and what I love to do!